Last week I was hanging with some of my female friends. Whatever some of the bloggers in the Sphere tell you, never burn your bridges. This is the number one rule of networking. Don’t burn bridges, just don’t invest too much time. One of those two was recently married and the other is in a LTR of six years. Both know about the Game (one of them actually introduced me to the concept). While girls were chatting about some girly stuff, I spent time with their guys. Somehow, we came to the topic of relationships. And those two guys started joking how their women are making all decisions. “My girl gives me the RC and asks me what I want to watch. I know this is just a token question since we end up watching something she wants.” Other guy said “Wen we go to the cinema, she always chooses the movie we are going to watch”. Then one of the girls interrupted “Honey, it is not true you don’t have a choice. You can pick the cinema we are going to.” All four started laughing. I felt disgusted. They continued on and it was clear my friends were those in control of their men. Since then I started noticing a growing trend where guys are behaving like whining pussies. I thought this was only happening in western countries where feminism is strong like States or UK, but not here in Croatia. I didn’t know our men are pussy wiped that much. 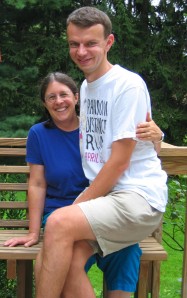 Who is wearing pants in this relationship?

Then I wrote last night a story of my friend who has a similar problem. I feel sad for him when the solution for his problems is only to hold his frame and not take her shit. This is a big “only” I have been fighting him with. But I feel I am loosing the battle. Some guys just can’t be helped. It is sad when guys choose women over friends and family. I only hope one day he will realize the truth.
Today I was reading some blogs and I came to this article. I was shocked again. Igniss, a Croatian Game blogger, did a nice comparison and why more and more men are choosing to exit the sexual market. Because it is easier. A guy can get instant (but artificial) sexual satisfaction from masturbation or porn. No Game is needed. Success is guaranteed. Price is constant. No risk. Those guys spend their time “hanging out” and “socializing” with virtual friends who have similar believes. Usually it is playing video games all the time. It would be nice if this was some distant problem that didn’t affect me, but my younger brother is starting to show sings. And he was a bigger player than I was a couple of years ago. What happened?

I feel sad and disturbed for future men who decide to remain boys. There is only one solution.

Get out of comfort zone and start behaving like men!

1 thought on “Men Are Getting Weak”